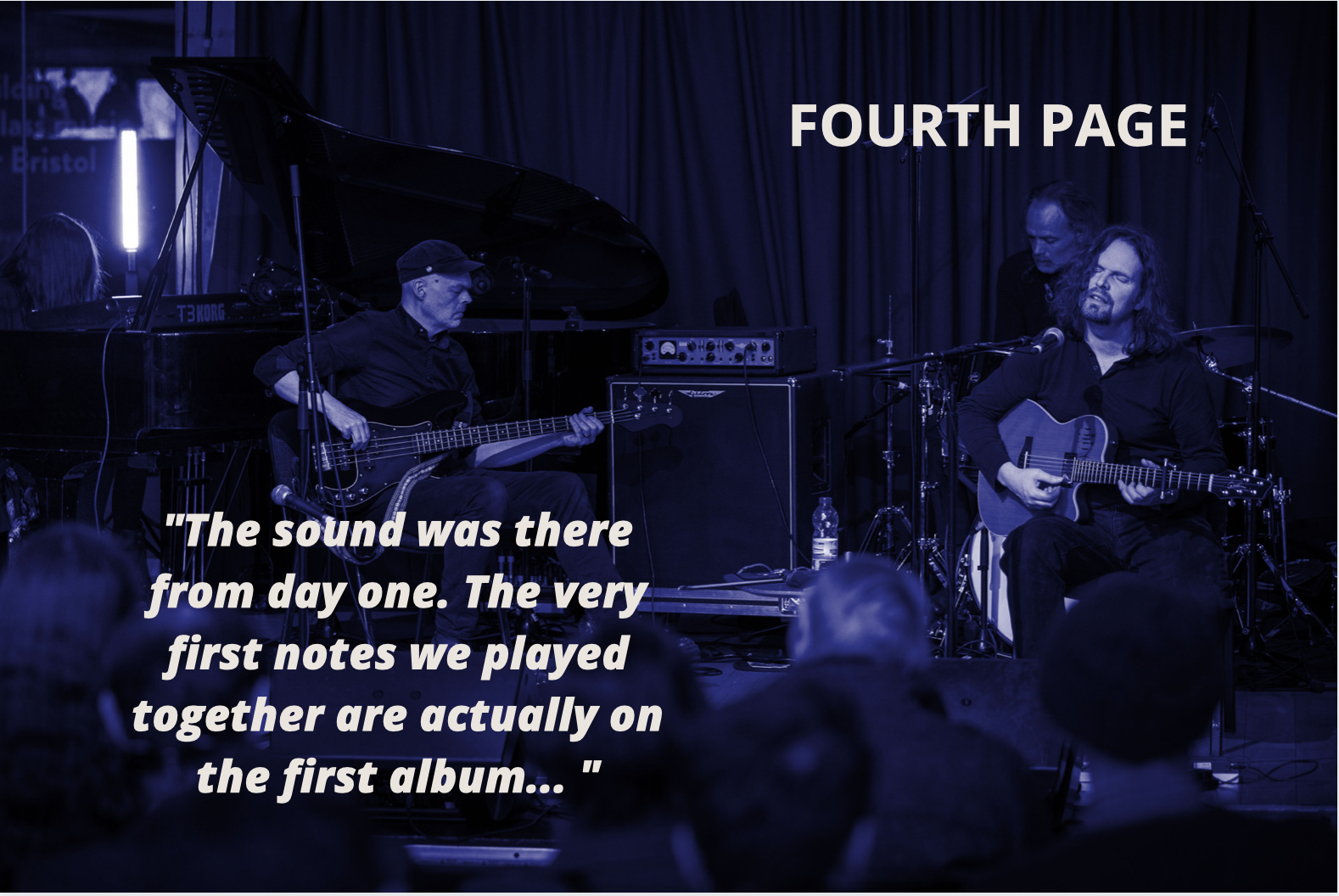 Jazz South interns Sophie Wales and Megija Petinena caught up with guitarist and vocalist Charlie Beresford from Fourth Page to discuss different musical influences and the evolution of the band’s sound.

You have a unique experimental sound which features elements of jazz, English folk and Krautrock. How did you establish your sound as a band and what different influences did you draw from?

The sound was there from day one. The very first notes we played together are actually on the first album, but there wasn’t (and never has been) any serious discussion about what we were aiming for. We’re all influenced by different things which kind of seep through into the music subconsciously, if they do so at all. It took a little while before we realised that not many people were doing this sort of thing, which was spontaneously improvising actual songs which appeared to have some kind of structure.

How has your sound evolved over the years as a band and did you find it developed through the creation of your four albums?

The most noticeable change has been the shift to using more electric or electronic instrumentation, which has made the music a bit tougher and given us a wider dynamic range. Initially we started out as an acoustic band. Peter was on bass, I was on guitar, Carolyn was on piano and Paul on percussion. We have always used extended techniques. Often when we played the acoustic instruments, they sounded almost electronic in their approach. When we came back from a little break, we decided start adding electrics to the whole thing. I started playing an electric guitar, Peter started playing electronic bass, Carolyn introduced the keyboards. We began using various pedals and different methods to create these sounds as well as the extended techniques. This gives the sound an edgy, more aggressive approach. But you can still hear the riches of the acoustic performances through all of it. As all the albums were recorded live, and the material on them was entirely improvised, they’re like snapshots of where we were at the time. Any development is organic rather than a result of us trying to steer what we do in a certain direction.

You’ve recently had a few years apart to focus on individual projects and work. How do you feel this time has impacted your music as a band? Has it given you more inspiration and ideas to bring back to Fourth Page and feed into your most recent album ‘Live Wales- Hungary’?

Working in this area of music usually means a fluid approach to working with other people. There has always been the attitude that each of the members would at all times be able to do their own thing as well. Just as travelling abroad gives a person a new perspective so does working with other musicians in other fields. Essentially any Fourth Page record is evidence of a moment in time, we have never gone into any session with a fixed agenda so in a sense the time apart gave us more to say.