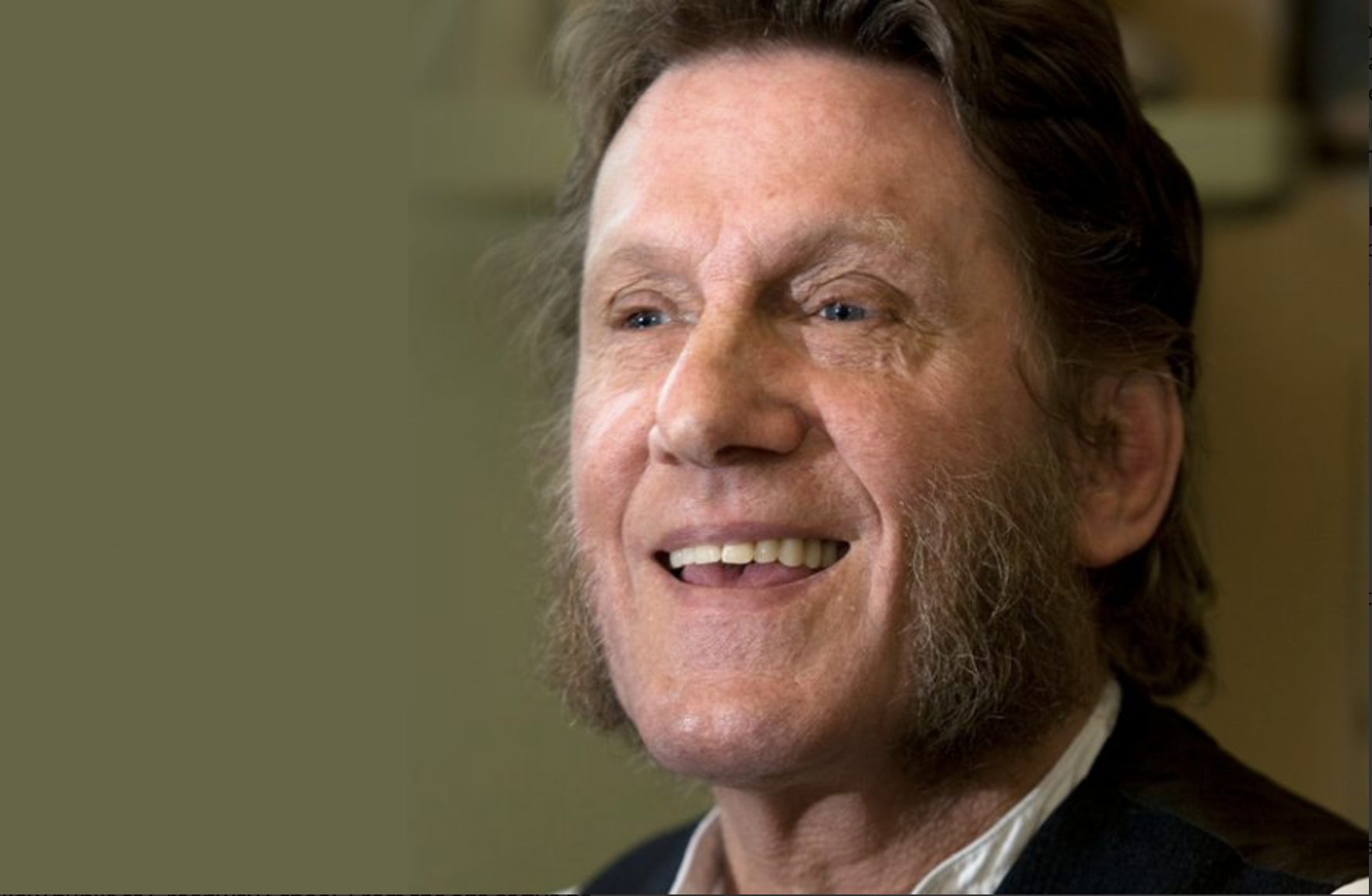 On Sunday, 14 June 2020 the British jazz scene lost one of its finest virtuoso’s, Keith Tippett. An outstanding and unique musician from the South West, Keith has left a huge legacy across the world of jazz and improvisation. As solo artist, collaborator and innovator, his music inspired peers including luminaries such as Paul Dunmall and Andy Sheppard, as well as encouraging a younger generations of jazz musicians such as Matthew Bourne. Keith’s compositions, his spontaneous and improvised performances using different objects inside the piano and on the strings created an original and individual sound.

Megija Petinena has gathered articles, poems, and tributes from musicians, promoters and critics who knew Keith well, including a film and tracks  from the last recording he made, giving an insight into his musical world, innovation and explorations right to the end. We are grateful to everyone who has shared material with us. If you would like to add to this tribute please see details of how you can do this at the end of this article.

From the early days in Bristol, Keith studied classical piano and organ and played with a Bristol brass band before creating his first jazz trio. He moved to London in the late 1960’s to pursue a career in music, moving between rock and jazz before going on to form groups including The Keith Tippett Sextet, 50-piece ensemble ‘Centipede’ and ‘Mujician’ (which began as a 3-series solo album project) and onto further international performances and projects. In 1970 he married the pop singer Julie Driscoll (Julie Tippetts), who became a lifetime creative collaborator. Read Ian’s full account here

Nod Knowles, long-time friend and supporter writes his own memoir ranging from the personal, the musical, the political and everything in-between.

‘Amongst his signature philosophical phrases Keith often used to repeat ‘Our job as musicians when we play a gig is to remove our listeners from chronological time’. He did that for me every time – and will still do it on record and in memory for as long as I can imagine. Keith Tippett was funny (oh those classic jokes), sociable (another cider please), passionate in his views and opinions and, sometimes just a wee bit intransigent (‘Can a diva’, someone fondly asked, ‘have a Bristol accent?’) – and I swear that I enjoyed every single moment of the chronological and musical time I spent in his company. Along with thousands of others – musicians, students and audiences – I’ll miss him terribly.’ Read Nod’s full version here

‘The Steinway tuner objected when he gently laid a plastic crocodile on the piano strings for resonance – ‘You’re not allowed to prepare the piano!’ Keith drew himself up to his full height and declaimed ‘How dare you! I never prepare anything – it’s improvised’. The croc stayed… Keith Tippett was a life-enhancing spirit who cared passionately about every note he played’ Read David’s full version here

Tony Dudley-Evans, jazz promoter gives an overview of his musical journey as an innovator and more:

‘Keith’s individuality took many forms.  Above all there were those moments when his humour, the way he responded to situations, the timing of his surreal comments in the Bristolian burr he never lost, made one aware that one was in the presence of genius. I remember a moment in the middle of the Tony Levin Memorial Concert. There was a sudden burst of loud feedback in the hall.  Keith heard the sound. He didn’t wince, but did ‘explain’ to   the band and the entire audience what was going on: ‘It’s Tony.  He’s trying to get in on it!’’ (Tony Dudley-Evans, London Jazz News) Read full article here and London Jazz News Podcast interview with Keith (2013)

Keith worked with students including his teaching/mentoring at the Royal Welsh College of Music and Drama to his long-standing annual courses at Dartintgon Summer School, influencing a range of musicians.

‘It was his kindness, openness and humanity that opened my ears to improvised music. He was a musician of extraordinary originality, a composer who broke all the rules but never lost his way in what he wanted to achieve. ‘(Dave Stapleton, Edition Records) Read the full version here

‘My discalculaic brain struggled to sight read regular notation let alone 13th chords on the charts he was showing us (and still does). But Keith was only ever encouraging and never once made me feel bad about it, instead giving me credit for listening and trying out unusual chord voicings. There was always humour and ice breaking and attempts to put us at ease: ‘you’ve made an old man very happy… or is that a happy man very old?’ To this day, some of my favourite jokes are Keith jokes.’ (Roshi Nasehi) Read full version here

‘It wasn’t just that Keith was a formidably talented pianist. Or the sort of absolute one-off character who inspired people to be more themselves, more comfortable in their own skin, than they’d ever dared before… it was his generosity of listening which was inseparable from the generosity of his heart.’ (Ana Juliet Silvera ) Read full version here
…

‘The man inspired so many and the impact he has on many inspirational musicians over a 50 year period is incredible. He was a ‘sweetheart’ (as he would say of those who were genuine and kind hearted), my life was made so much better with him in it as a student and I will forever treasure those many brilliant moments. ‘(Luke Lockyer) Read full version here

‘Feeling real gratitude for having witnessed so many of his performances at Dartington, both his free-wheeling, wild and inquisitive improvs with Julie Tippetts, and his generous, joyous holding of space for students to shine.’ (Sara Mohr-Pietsch)

‘Matt Davis and I shared the bill once with Keith and Julie. I was expecting him not to like our set at all. We were VERY minimal in that period. Electronics, trumpet and amplified tam tam, small sounds, tiny gestures, long silences. Afterwards, he was wonderful, very complimentary and said our music was serious and sophisticated and that we delivered it with ‘aplomb’ (the only person I’ve ever known use that word!). The concert was at the Lighthouse Theatre in Poole, Dorset, organised by Stuart Riddle. We played in the little black box, arts space downstairs, usual audience of about 40 people. Quite by coincidence, upstairs in the main concert hall was a big presentation by Karl Jenkins and the Bournemouth Philharmonic Orchestra, Keith’s old band mate and by now, world famous composer. Audience of 1500. I asked Keith about Karl’s success and he replied, with his usual humility and generosity, that it couldn’t have happened to a nicer man and that he deserved every moment of it.’ (Mark Wastell)

‘Over the years I got to know Keith so that as a student and secretary of the Jazz and Improvised Music Society at Middlesex Poly I arranged for him to play a solo concert at Trent Park. Keith had just returned from playing in Japan. He was tired from the travel but, naturally, gave an unforgettable performance. Later in the 1980’s I became seriously ill and was admitted to hospital for open heart surgery. As I began to recover a card arrived from Keith. I don’t know how he had heard but this was the kind of thoughtful, generous person he was, and his best wishes helped. Once recovered I invited him and Elton Dean to play at the Makeshift Club in the back room of the Duke of Wellington on Balls Pond Road, and I was fortunate to support them in a combo with Keith.’ (Stuart Wilding) Read full article here

We were delighted to be contacted by Adrian Chivers who contributed his recent film:

‘I have a collaborative music project called ‘Noise In Your Eye‘ which features Keith co-writing and performing on this record. We finished the record at the end of March. The plan was to showcase and tour the record this year, however Covid-19 had other ideas! Noise in Your Eye brings together elements of jazz, modern composition, film-score, electronica, ambient and free improvisation and is in fact the last record that Keith released. In the video you can see Keith recording the track Touch the Water at my place’ (Adrian  Chivers) Full album available here

So after all, encore, reprise, that’s all you knew.

I’ll forever see this captain of the grand

swashbuckling, conjuring up monsters and motions disturbed from deeps;

yet resonates for ever unsurrendered;

Bellows of Spirit through finger tips

Offstage cheek, crude as crap, joke crackling for our warming.

Diffidence? Not his forte. The English are not supposed to fuss but he was made of other stuff.

Shaman of unshaved side burn, burn!*

*as in play as fast and furious (David Mowat, Musician)

Keith Tippett: the jazz great who saw music as a source of goodness

If you would like to add a tribute here, please email us at info@jazzsouth.org.uk

We are looking for a brilliant evaluation consulta

Are you a jazz or improvised music creator, promot

This week’s 'Catching Up With…' features singe

You have just FIVE DAYS to get your Jazz South Com

Sara Colman, one of our Platform South artists, gi

Check out our new playlist on Spotify! This time w