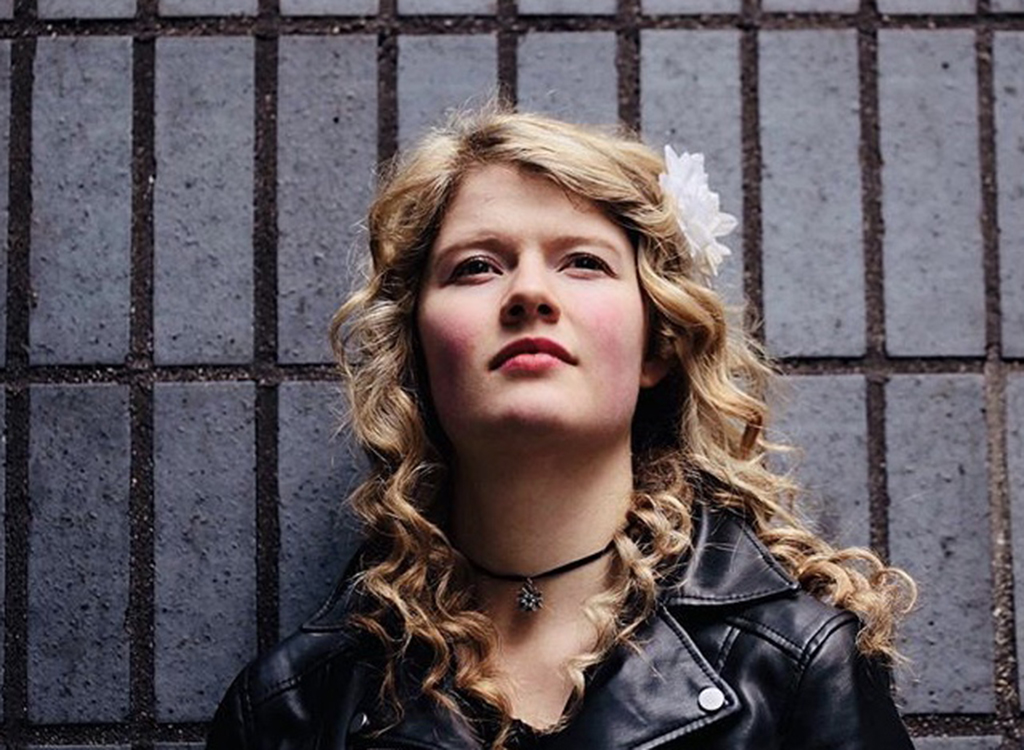 This week Jamie Harber catches up with one of Jazz South’s Breakthrough Commission artists; saxophonist and composer Asha Parkinson, following the release of her commissions piece, as part of the Jazz South Online Festival in April.

Both my parents are musicians, so I was always exposed to a wide range of music. It’s hard to say what my first encounter with jazz was because it was always there, but I distinctly remember finding Louis Armstrong’s voice hilarious as a toddler.

‘Angola’ by Bheki Mseleku, from his debut album ‘Celebration’. It has a very positive, determined energy and a distinct quality that’s not pretentious in the slightest. It’s so alive and that makes it unique in itself.

I’ve been reconnecting to one of my initial inspirations, Cannonball Adderley! Particularly his album ‘Them Dirty Blues’. He’s got such a positive energy when he plays and amazing vigour and precision with his rhythmic articulation.

It’s very hard to pinpoint one! One that does stick in my mind is seeing Gareth Lockrane’s big band live at the 606 in 2014. It was my first time seeing the band live and Gareth had been a great teacher and influence for me. The breadth of colour and influence combined with the virtuosity of all the players was really electrifying and stuck with me. It got me to perceive how many timbral possibilities there are in big band instrumentation.

Who is your musical hero and why?

I honestly really don’t have one particular musical hero, but many heroes for different purposes. For example, my saxophone/jazz improvising hero is Michael Brecker, primarily because of the exciting, driven energy, and on another level, because the diminished, altered harmonic content is something I really connect to as an improviser.

On the other hand, my most all-round influential composer is Olivier Messaien, because of the music’s awe-inspiring effect. Of course, the octatonic harmony (modes of limited transposition) is organised dissonance just like Brecker, but that’s something I came to realise and make use of later.

Laura Jurd’s ‘Dinosaur’ livestream on the 17th May at Ronnies promises to be great fun. Best of both improvisational and compositional worlds!

Can you tell us about your Breakthrough Commissions piece? What is the inspiration for the piece and what can audiences expect when they hear it?

I’d been collaborating with musicians from the Orchestra of Syrian Musicians on a small-scale but wanted to turn it into something bigger and more coherent.

For me, narrative and the compositional/orchestration process provide that meaning. I came across feminist poet Maram Al Masri’s beautifully honest and direct poetry, and it reminded me of something I’d always been drawn to: art as a form of passionate protest and self-actualisation.

How did you find the recording process, filming for an online streamed gig?

Having had so much rehearsal time, the recording process was thoroughly enjoyable and basically just a day of being able to perfect the material to the highest degree.

I genuinely do find interacting with a camera as opposed to an audience quite challenging as there’s not that human connection, plus due to Covid restrictions the ensemble was physically quite far apart. However, I loved how we were able to really perfect the material and get the levels balanced (given the unusual instrumentation), which are aspects that would be much harder live!

What has it been like working with Jazz South? How has the Breakthrough Commission opportunity helped you develop as an artist?

Working with Jazz South has been really positive! It was a whole customised package for individual artistic needs. Bringing together projects on this scale isn’t an easy task without funding, and even with funding the organisational part is a nightmare.

After taking part in the programme I feel far more confident in terms of leading these sorts of creative initiatives as it all seems so much more manageable.

Have you been working on any other new material recently?

I tend to jump between stuff so yeah! I’m editing scores for my Kalpadruma debut album – we’ve had to keep putting off the recording session until we can fit 12 people in a studio.

Once again, it’s orchestrated mixed ensemble cross-genre stuff. I love being creative with words too, so I’m also dipping in and out of working on a long-term novel project and experimenting with writing some stand-up comedy material.

Keep track of your short-term goals! Keep being creative, as there’s more time for that! Keep in touch with loved ones for emotional support bubbles! Don’t be too harsh on oneself in terms of productivity.

First of all, what excites me most is being able to go out and see as many vibrant live events as I can realistically afford. Also, to record the remainder of Kalpadruma’s album and start up as many exciting new collaborations as possible.

What are your hopes for the future, musically and artistically?

I hope to build more of a following for my cross-genre collaboration to make exciting and topical projects like ‘Encounters’ more sustainable in the long-term. I’d like to continue to promote a link between music and the community through running further initiatives with my charity Beyond Divisions Education Trust.

As a member of the LGBT+ community, I would also like to begin to raise awareness of the struggle of queer people and incorporate this into my own work. Most of all, I want to give people something fresh and vital that communicates what’s universal, or at least, what’s universal to me.

I want to encourage open-mindedness towards other cultures, to advocate for justice, to show that my originality is about caring about others’ originality.

If you missed Asha’s Breakthrough Sessions performance, don’t worry! You can watch it on Jazz South’s YouTube channel, or on our website.

Keep up to date with Asha’s projects over on her website.