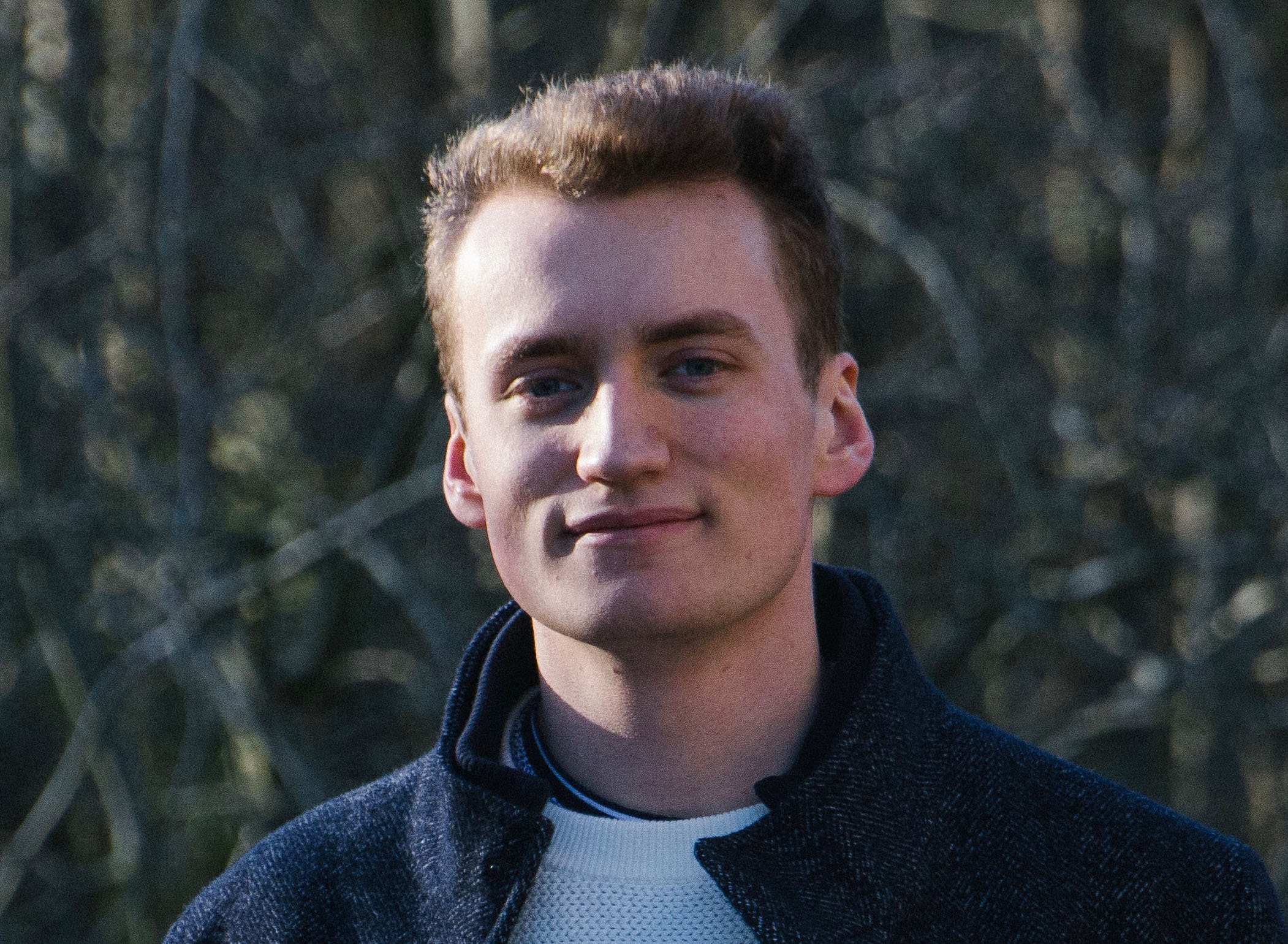 This week Jamie Harber catches up with one of Jazz South’s Breakthrough Commission artists; drummer, composer, and modular synthesist Tim Davies, ahead of the release of his commissions piece, as part of the Jazz South Online Festival in April.

I was introduced to jazz through playing the trumpet. One year, the big band at my secondary school were going on a summer tour, and one of the trumpet section dropped out at the last minute. The musical director asked me if I’d like to come along instead – I was only 13 at the time, and the band was mostly made up of 6th formers, but I went, and I had a fantastic time! Jazz has been an integral part of my life since then.

Radiohead – ‘Everything In It’s Right Place’.

I’m a little biased, as he’s one of my all time favourite musicians, but this gig was one of the most involving performances I’ve ever seen. The level of musicianship and communication was astonishing, the whole club was hanging on every note they played.

Who is your musical hero and why?

This one has to be shared between Mark Guiliana and Floating Points. Although very different musicians, I admire them both hugely for very similar reasons. As well as being pioneers in their respective fields, what really stands out for me is the way that they happily jump between completely different genres whilst maintaining a distinctive and authoritative voice. Their music always sounds very identifiably like “them”, irrespective of the style – be it acoustic, or completely electronic music.

The hr-Big Band (Frankfurt) have a fantastic concert series on YouTube, all exquisitely filmed and recorded, and available for free. Particular favourites of mine would be the concerts featuring Gretchen Parlato, and also with Brian Blade’s Fellowship band.

Can you tell us about your Breakthrough Commissions piece? What is the inspiration for the piece and the name? What can audiences expect and look forward to?

The commission is called ‘The Outer Woods’. It’s named after the woods where I live, where I’ve found a lot of inspiration and perspective over this last year. The idea behind the piece was to combine my two main musical passions – contemporary jazz and electronic music, particularly that of modular synthesisers.

I wanted to bring together compositional and sonic elements from artists such as Kendrick Scott, Mark Guiliana, Ari Hoenig, James Holden and Floating Points, and see how they develop in a live performance setting. The piece is written for modular synthesiser and jazz quintet consisting of drums (myself), tenor saxophone (Alex Hitchcock), guitar (Ralph Porrett), Piano, Fender Rhodes and Oberheim 6 (John Young) and bass (Joe Bradley).

Modular synthesis-driven music appears on the surface to be very different from jazz. Jazz is often focused around melody and harmony, whereas synthesiser music tends to place more emphasis on timbre and textural variations – these things are both the natural consequences of the design of the instruments involved.

Improvisation plays a hugely important role in both genres however – the way ideas are created, developed and then performed, is remarkably similar in process. A three hour set of modular synth techno music will have some key structures in it- but for the most part will be improvised – and the same is true of jazz performance, (provided the ensemble is small enough!).

How did you find the recording process, filming for an online streamed gig?

Great fun! It was mix between filming a music video, giving a concert and recording in a studio. Being able to take the best aspects from each of these settings (the tech from a studio and the energy of live performing) was the ideal format for this project.

What has it been like working with Jazz South? How has the Breakthrough Commission opportunity helped you develop as an artist?

Being a part of Jazz South’s Breakthrough Commission scheme has been a fantastic experience for me. It has given me a real sense of focus for my creative energy over the last year, the motivation and support to push my writing further than ever before, and, most importantly, the time and space to think about where I want to take things next.

Have you been working on any other new material recently (in addition to your Breakthrough Commissions piece)?

I’ve started putting together a series of duets for Modular Synthesiser and other instruments  – very much inspired by Ben Wendel’s ‘Seasons’ Project. I’m hoping to be able to record and film performances of these over the summer. I’m really excited about the line-up of guest artists that are involved, but I can’t name any names just yet…

Take social media in small doses. When your world is entirely virtual it’s very easy to get sucked into the downward-spiral of comparisons, and there’s always a bigger fish.

As well as my solo work, I play in an electronic-jazz-soul group called Wandering Wires. I’m really looking forward to getting back on the road with them. We had just about wrapped up our first ever UK tour when lockdown number 1 hit last year, so it’ll be really great to pick up where we left off – to play some more shows, and finish some new material.

What are your hopes for the future, musically and artistically?

I had a such an amazing time working with the band for this commission (Alex Hitchcock, Ralph Porrett, John Young, Joe Bradley) – they completely immersed themselves in the style of the music, which was really gratifying for me. Modular synthesisers are such inspiring tools for writing, and using them live is a very exciting experience – both for the performers, and the audience – just like people, they never do the same thing twice! I’d really like to develop this material for modular synthesiser and live ensemble further, adding a few more instruments (trumpet, and perhaps a string quartet), and turning the whole thing into first a studio album, and then, a fully fledged live show.

You can watch Tim’s Breakthrough Commissions piece live on YouTube, or on our website, on 28th April 8pm. More information on the Jazz South Breakthrough Sessions is available here.