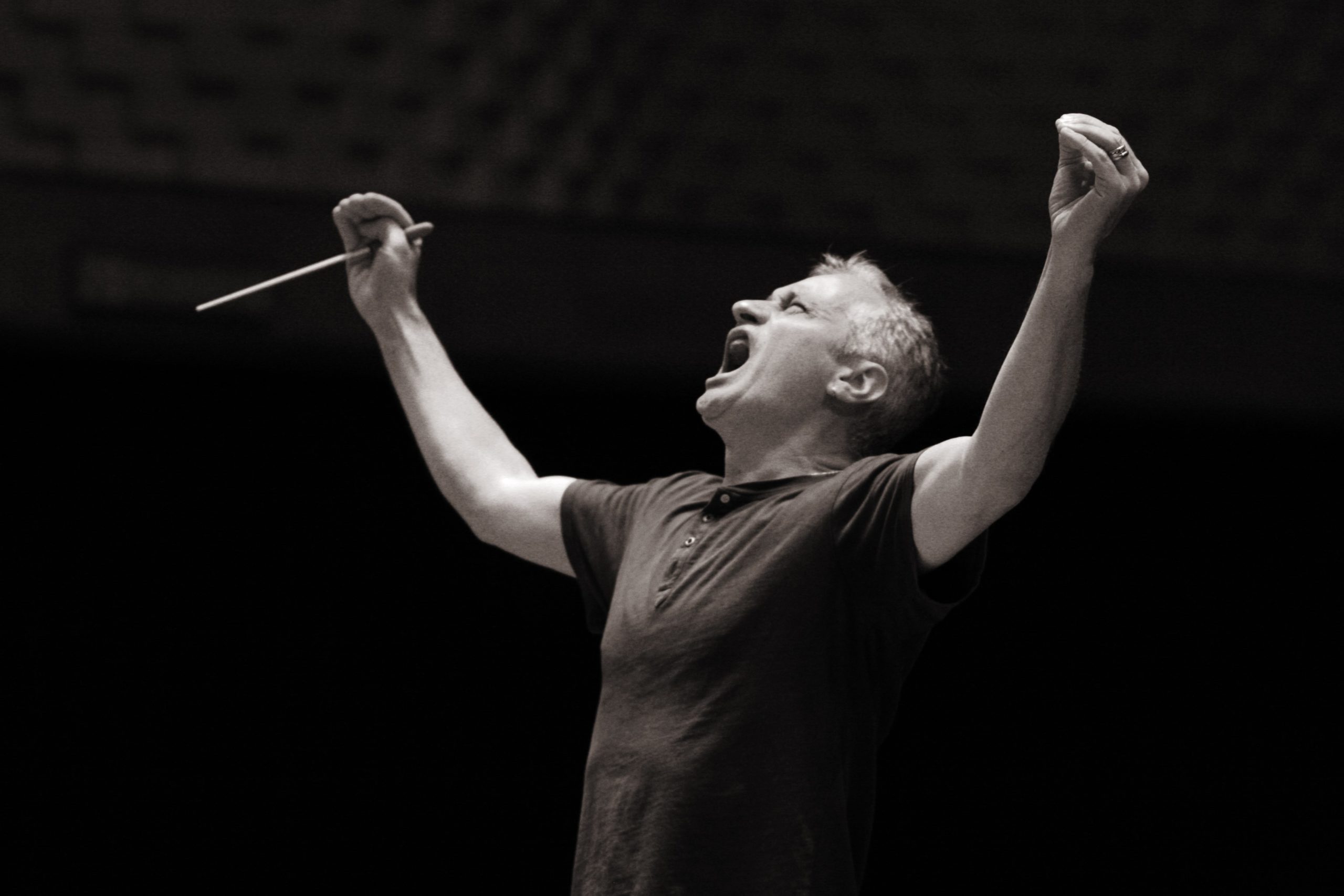 This week Jamie Harber catches up with one of Jazz South’s Radar Commission artists; composer, instrumentalist and writer, John K Miles, ahead of the release of his commissions piece podcast, as part of the Jazz South Online Festival in April.

In terms of the genre of jazz, probably my dad’s record collection, which at that time included some Art Pepper records. But in terms of the spirit of jazz and improvisation I discovered that through a piano my mum rescued from a skip. I didn’t come from a particularly musical family, but my mum liked the candle holders on this particular piano, so she brought it into the house as a piece of furniture. I spent quite a bit of time making things up on it, until I eventually had lessons. That experience ignited the joy that can come from being creative on a musical instrument.

So many! At the moment it’s Duke Ellington’s ‘Far East Suite’. I love impressionism in jazz and classical music and this piece is so evocative of image and narrative. Duke also has that concept of factoring in individual improvisatory voices to his compositions, which I love. With small group jazz it’s obviously not just the melody/arrangement that makes up the piece, it’s the subsequent improvisations and interaction. You could say albums like ‘The Bridge’, (Sonny Rollins), or ‘Three Quartets’, (Chick Corea) are pretty much perfect in their overall composition because of the quality of soloing and interplay.

Apart from Duke’s ‘Far East Suite’,  I’ve had Jerry Bergonzi on random shuffle, ‘Lineage’ in particular. There’s so much to learn from Jerry’s playing and Mulgrew Miller is magic on that album. I’ve also been listening to a lot of Ravel, one of my favourite composers. My kids play a lot of Hip Hop, so that’s been a big part of the lockdown sonic vista too. Nate Dogg & J. Cole are on loop at the moment!

I saw Wayne Shorter at the Wag Club when he was touring ‘Atlantis’ in the late 80’s. It was a bizarre gig because the venue was tiny and the band made a massive sound (artistically and dynamically). It felt strange because there wasn’t really a stage and I ended up standing about two metres away from Wayne. Obviously a lot of regular jazz gigs are like that, but Wayne Shorter was someone you were more likely to see playing at a concert hall. As a young person who had aspirations to be a professional musician it was an incredibly inspiring experience to see one of your heroes up close like that.

606 and Ronnie’s have been putting on some great gigs, but I’ve also been enjoying the concerts being put on by UK individuals; Paul Booth, Liam Noble and Brandon Allen to name a few. That said I can’t wait until lockdown is over and there are some gigs we can attend in person!

Can you tell us about your Radar Commissions piece, River and Ash – Play A Mighty Groove? What can audiences expect and look forward to?

‘River and Ash – Play A Mighty Groove’ is a reimagining of the myth of ‘Orpheus in the Underworld’ for 8-11 year olds, focussing on the themes of friendship and the power of music. It brings together my interest in storytelling with composition and improvisation.

The story is told using prose and poetry, interlaced with music that draws on a mixture of accessible generic grooves; including Swing, Shuffle, Afoche (Brazilian), Ska & Funk. I use various textures to underscore my spoken narration, playing saxophone, flutes & rhodes at various points in the piece. The stellar Winston Clifford (drums & voice) and Dave Manington (electric and double bass) form the rest of the band. As ever they’re a joy to listen to; creating beautiful grooves and interplay throughout.

What inspired you to write an accessible reimagining of the Orpheus in the Underworld myth for 8-11 year olds?

‘Orpheus’ has always been a favourite due to its focus on the power and magic of music. Writing the piece for this age group felt like a natural way to go, because Greek myths are often a vibrant part of the Key Stage 2 education curriculum. It’s an age group that has ‘open ears,’ and I wanted to introduce some of the sounds and grooves associated with jazz to a younger audience, possibly as a ‘way in’ to wider listening.

‘River and Ash – Play a Mighty Groove’, has evolved out of my work as a composer in film, television and on myriad orchestral education commissions, where I have routinely developed and collaborated on narrative. Recent notable examples are the orchestral collaborations with storyteller/animateur Claire Henry: ‘The Wish‘, nominated for ‘Outstanding Classical Music Education Initiative’ in the prestigious Rhinegold awards 2019, and ‘The Spark,’ which I’m currently composing for City of Birmingham Symphony Orchestra, as part of the opening celebrations for the 2022 Commonwealth Games.

How do you find the process of writing for trios compared to duos or larger ensembles?

I love trios. There’s an intimacy about the musical dynamic when you improvise; an immediacy. My second album ‘Trane Ride’, (back in the day) was a trio with Julian Crampton and Tristan Mailliot, so it’s a consistent medium of choice! It’s been refreshing to return to the jazz/groove/world fold, after many years away predominantly working in orchestral music and tv/film. And this particular trio is special. Winston has been a good friend since the age of sixteen and Dave for a decade or so. We have worked and hung out together a lot, particularly on education projects, so there’s a mutual understanding about what we’re trying to achieve. The recording was a joy; so relaxed and a lot of fun.

It sounds like this commissioned piece already has an exciting future. Can you tell our readers about your hopes for it?

We’re really excited, because the piece has just been commissioned for an online production by The Little Angel Theatre, which will be coming out later in the summer. So the characters of River, Ash, The Ferryman, and The King of the Underworld will literally be brought to life! I always conceived the project as a multi platform piece and other potential future projects currently being planned include a picture/audio book and a live interactive education show.

Have you been working on any other new material recently (in addition to your Radar Commissions piece)?

Yes, over lockdown I’ve been working on material and ideas for a duo album, that I can create at home, playing rhodes and sax’s/ flute’s.

In addition to this I’m looking forward to the final phase of the commission with CBSO for the Commonwealth Games celebrations and planning further narrative driven pieces, including a Christmas show. I’ve also begun preparing a brand new arrangement of my full orchestral piece ‘Carnival Suite’, for a performance in the summer with Sinfonia Viva and about a hundred beginner instrumentalists!

I’ve been posting myriad practice videos and arrangements on Facebook, which has helped keep me sane! Generally I’ve been trying to make the most of lockdown as an opportunity to reflect, practice and create ideas and projects for the future. It’s tough though, especially financially, so talking to other musicians regularly has really helped, to think about possible creative strategies for a  post Covid/Brexit world!

Hopefully the music industry will recover quickly, but either way I’ll be planning to initiate more projects. This commission was one of the few times I’ve formally applied for funding and I’ve gained confidence through its success, so I’m definitely going to try and apply for further grants. Artistically this project has been a catalyst for the coming together of long form composition, improvisation and storytelling and I’m hoping to build on that in the future.

A special podcast about John K Miles’ Radar Commissions, will be will be available to listen from Sunday 25 April, 11am on all major podcast/streaming platforms, and accessible here.

Find out more about Jon K Miles on his website.