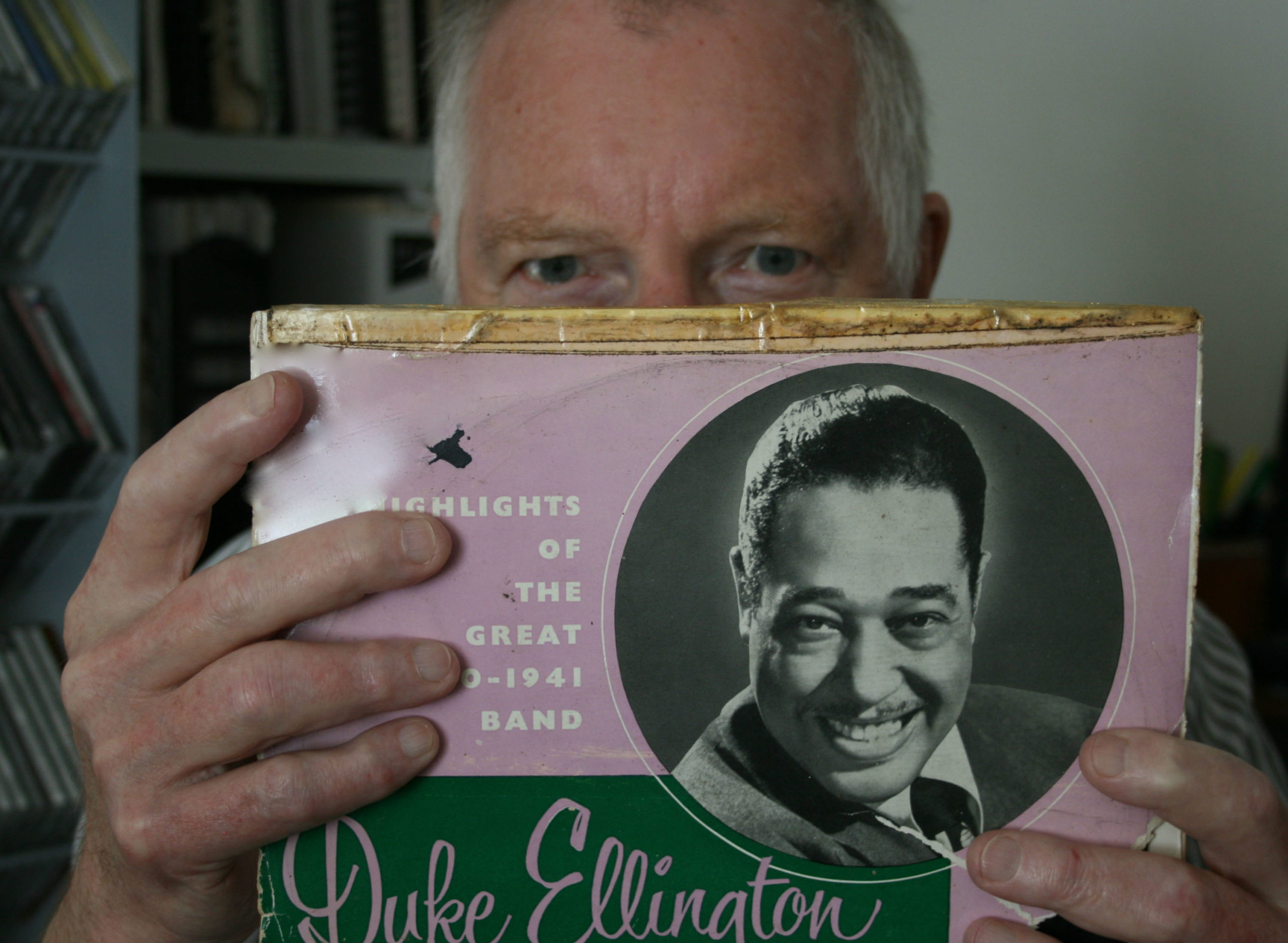 Mike chose to focus on his musical hero, Duke Ellington, selecting 10 of his favourite tracks. Here he explains the tracks he’s chosen and why.

1. Duke Ellington ‘Blues in Orbit’ album title track. I fell under the spell of this track, not knowing who it was or how it was done. I still don’t know how it’s done. There is so much love, wisdom and mystery within that cool ‘wall of sound’.

2. Duke Ellington & Mahalia Jackson 23rd Psalm from ‘Black Brown and Beige’.
The greatest Gospel singer in a miraculous setting that uses the orchestra with a freedom that I find unique in contemporary composed music.

3. Duke Ellington & Alice Babs  ‘Heaven’ from ‘2nd Sacred Concert’
As I get older I find myself drawn to Duke’s late work.  At the point when time was running out, Duke had to concentrate on the essentials, to state the truth in plain language and with bold, simple effects. And here he introduces his newest instrument, the sublime voice of Alice Babs. As if that isn’t enough  we then get the equally incomparable Johnny Hodges.

4. Duke Ellington, Charles Mingus, Max Roach ‘Money Jungle’ from the album ‘Money Jungle’. As a lifelong fan of Duke’s piano playing it is great to hear him really upfront, and in such fast company.

5. Duke Ellington, Betty Roché ‘Take the A Train’ from the album ‘Ellington Uptown’.
Duke always seemed open to new ideas, and was well aware of the Bop revolution. Its influence can be heard in his work, but his orchestral vision would never fully accommodate such a distinctive style. When he invited Charlie Parker to join the band, Parker asked for such a big fee that Duke said ‘For that money I’ll work for you’. Betty Roché’s vocal on this extended treatment of the Strayhorn classic is a brilliant tip of the hat to Bop.

6. Duke Ellington ‘Flying Home’ from the album ‘Ellington ’55’.
It was someone’s bright idea to have the Ellington band play the big band hits of other composers, even Glenn Miller’s ‘In the Mood’. Of course they out-swung every other big band on the planet, even on Lionel Hampton’s theme tune ‘Flying Home’. Hampton’s band was the first live American jazz I ever heard, in Bournemouth in 1956. During this number Hamp took off round the auditorium, juggling drum sticks, accompanied by a wailing tenor player, while the band roared onstage. A taste of  Rock ‘n’ Roll show business to come.

7. Duke Ellington, Billy Strayhorn’s ‘Blood Count’ from ‘And His Mother Called Him Bill’
This was the last piece Strayhorn wrote, sent from his hospital bed. The last in a long line of exquisite ballads written to feature Johnny Hodges.

8. **Duke Ellington ‘La Plus Belle Africaine’ from ‘Soul Call – Live at the Côte D’Azure’ 1966.
A long version of one of the highlights of the Rainbow concert. An arrangement stripped to the essentials, put together with the master’s touch, with a remarkable arco bass solo (I assume by John Lamb), a passionate baritone solo by Harry Carney and, in this version fantastic drumming by Sam Woodyard and great stuff from the ‘piano player’.

9. **Duke Ellington & Paul Gonsalves ‘Happy Re-union’ from the album ‘Harlem’.
A performance similar to the one we heard at the Rainbow in 1973 when, ignoring the microphone, Gonsalves played acoustically. In that vast auditorium he held us spellbound, not daring the breathe.

10. Duke Ellington ‘Concerto for Cootie’ from ‘The Great 1940s band’
My father was an Ellington fan and gave me a 10-inch LP of the 1940’s band. The only LP I owned for years, it became my Bible. I’ve still got it. This beautifully constructed piece remains an inspiration.

** ‘The English Concert’ the album which approximates to what we heard at The Rainbow and includes these two pieces, doesn’t appear to be in the Spotify catalogue.