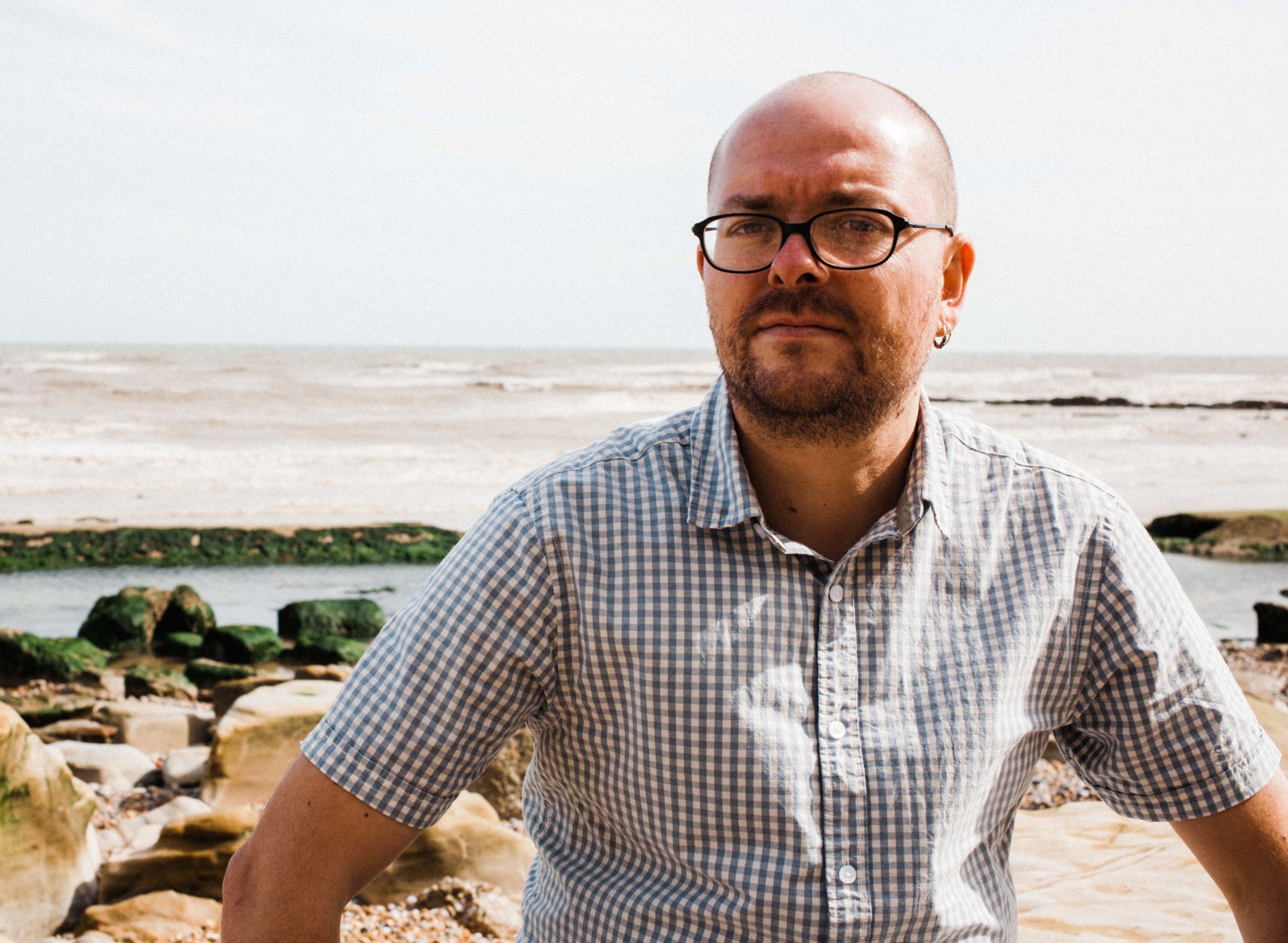 This week Jamie Harber catches up with one of Jazz South’s Radar Commission artists, double bass player, improviser and composer, Olie Brice, ahead of recording and broadcasting his new commission as part of the Jazz South Online Festival in April.

The earliest I can remember was an open air gig at Hackney City Farm, when I was not much more than a toddler.  Ya Basta! were playing, a great free jazz/funk band that my uncle Ivor Kallin played bass in.  I remember being amazed by the saxophonist – who I now know to be the great Alan Wilkinson, someone I’ve been lucky enough to play with a fair bit in the last decade or so.

I don’t really think about other people’s compositions that way, but I am pretty obsessed with Julius Hemphill’s composing at the moment.  Dogon AD is probably his most perfect track.

Again there are loads I could mention, but the one that sticks out most of all was a quartet of Paul Dunmall, Evan Parker, Paul Rogers and Tony Levin, at the Vortex in 2009.  I’ve seen all of those musicians countless times, and even as a quartet a couple of other times and they’re always wonderful, but there was something really incredible on that occasion.

They really took off into the stratosphere, completely mind blowing.  Although I had already been a gigging musician for years by that point, it still changed my life – really made me reconsider how seriously I had to take the whole thing, and what I wanted to be experiencing. How I miss that feeling, of levitating in a little Jazz club!

There was a wonderful series over several weeks called Deep Tones for Peace, featuring bass players from around the world.  Short solo sets were hosted almost every day, and I really enjoyed listening in regularly – lots of people I already loved, like Mark Dresser, Mark Helias, Joëlle Léandre, William Parker – but also plenty of new names to me.  I contributed a piece, and it was great to feel like part of an international community of bass players during such an isolated time.  The contributions are all archived here.

I also really enjoyed watching Archipelago’s streamed piece for the London Jazz Festival, they’re a great band from Newcastle, that’s still online too – you can watch it here.

Can you tell us about your Radar Commissions piece, Fire Hills? What is the inspiration for the piece (and the name)? What can audiences expect and look forward to?

Fire Hills is a piece for trio, which I’ll be playing with two wonderful musicians, Jason Yarde on alto sax and Nick Malcolm on trumpet.  The name comes from a section of the cliff tops I love walking on, heading east out of Hastings.  I liked it partly because I love the area, and partly because it made me think of the Mal Waldron tune ‘Fire Waltz’, a great tune from one of my favourite albums.

The piece involves several short sections of composed material that we will improvise connections between, with some of the material being layered or repeating in different permutations at different points in the piece – the system Cecil Taylor named ‘unit structures’.

I consciously decided not to have any overriding external influence for this piece – a lot of the music that I’ve written has drawn on Jewish liturgical music or been influenced by poetry or other literature – this time I wanted to just come up with some musical material I liked and then find different ways to use it (although there is a tiny bit of transcribed birdsong in there so I didn’t quite manage to keep it influence free!).

How do you find the process of writing for trios compared to duos or larger ensembles?

Most of the composing I’ve done has been for small groups, so the biggest difference in writing Fire Hills was in conceiving a piece without drums.  I love playing with great drummers more than anything, but it was an interesting process writing a piece where I would have all the responsibility for the bottom half of the sonic space.  Writing for Jason and Nick was pretty similar to writing for my Quintet – I know and love both of their playing, and they both share my interest in the overlap of jazz and free music.

In addition to your Radar Commissions piece, have you been working on any new material recently?

My main focus recently has been on developing my sound, technique and approach with the bow.  Arco playing has been a meaningful part of my voice for quite a while now but it’s getting more and more important to me.  The double bass is essentially a huge violin, and I want to find a way to bring that out more in my playing.

I’m torn how to answer this question – everyone’s situation is different, and I’m aware that for a lot of people this has been a period where it’s been really difficult to focus on your art, whether for emotional or practical reasons.  So probably the best advice I could give is be patient with yourself, spend time outdoors, eat well, talk to people who care about you.  That said, it has been really important to me to use the time to keep growing and developing, and I do think that being able really to focus on my work has helped in terms of mental health and coping with lockdown.

I’m nervous about making too many really specific plans – not sure how much more disappointment I can take… I’m excited about playing with people again and seeing friends and family.  I have booked a week off to walk the South Downs Way, a five day hike I’ve done a few times and really love.

There are some projects waiting to get off the ground though, including a band that both Jason and Nick are in, called ‘Out Front’.  It’s a quintet (the other musicians are Jake McMurchie and Dave Smith) that plays the music of Andrew Hill and Booker Little.  We managed one gig last year before lockdown which was a real joy, and I hope we’ll be able to get going with that this year.

Find out more about Olie Brice on his website and check out his latest releases on Discogs.