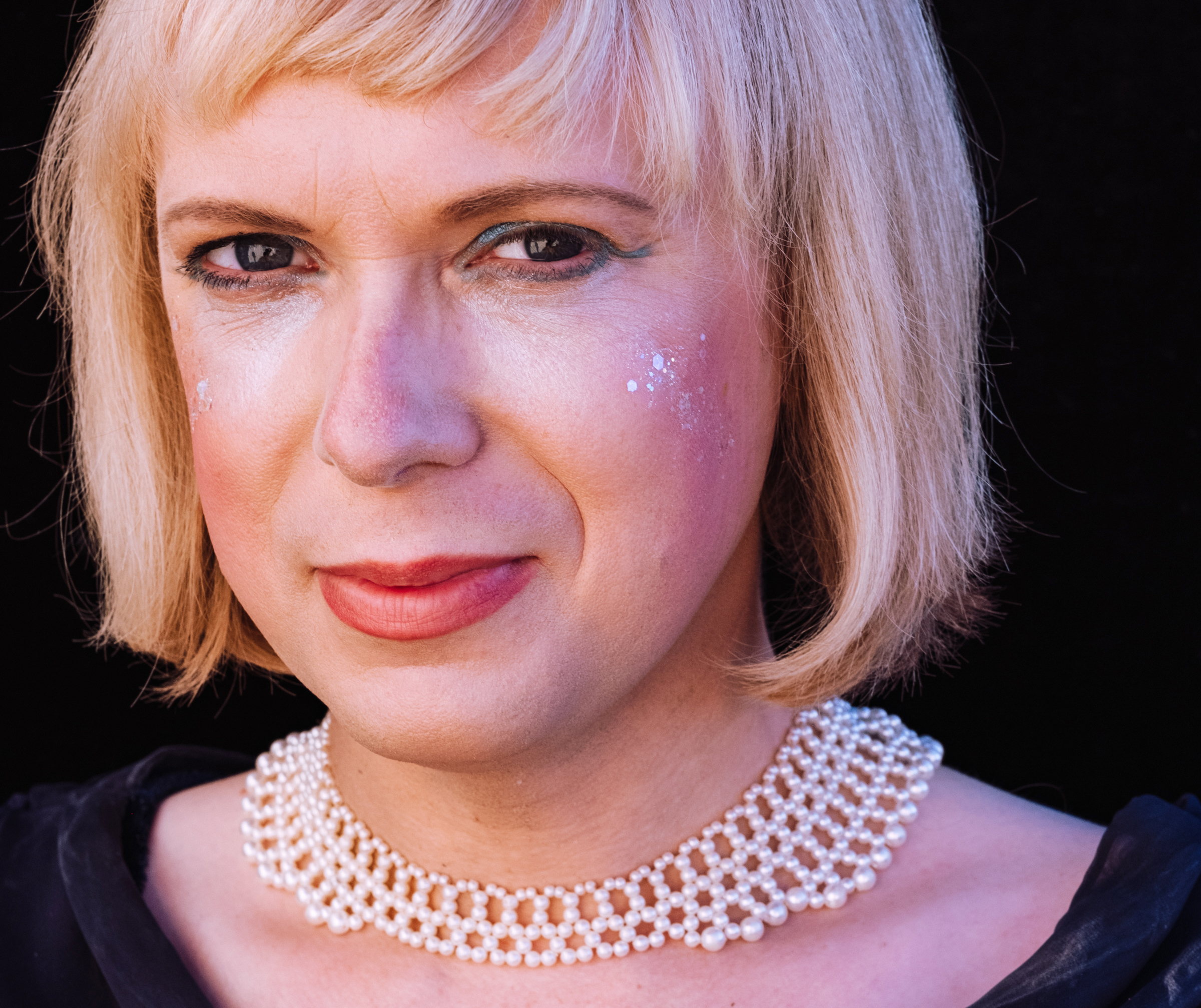 Sophie Wales catches up with Billie Bottle, composer, musician and singer with her own band, Billie Bottle & The Multiple and various projects with Kate and Mike Westbrook including the Jazz South commissioned Granite Band. She is based in Devon.

In terms of improvisational spirit, I believe children are pre-programmed to it. Chomsky spoke about language being innate; I think this applies equally to the urge to make music. Practically speaking my pathway was through other related musics; 90s pop bands like Deee-lite and Jamiroquai on the one hand, and Kevin Ayers and Soft Machine leading to the endless chambers of the Canterbury Sound on the other.

Another formative event was hearing Van Morrison’s ‘Snow in San Anselmo’ – this fusion of choral music and hard swing blew my mind – and makes me think of what Kamasi Washington is up to now.

The one I haven’t written yet? Pretty much all of Hatfield and The North and National Health’s albums are the tightest, intricate and most humorous writing I know, especially ‘Mumps’ from the former’s ‘The Rotter’s Club’ album.

These 20 minutes manage to combine space-rock with melodic neo-classicism. It’s a kind of jazz and prog yet neither of these things.

My listening habits are as varied as ever though I do go through phases where it’s not preferable to listen to anything but the music I’m making – those vibrations can be fatiguing!

When I do it’s recently been Thundercat, Galliano, Cardiacs, The Foreign Exchange, Meredith Monk, XTC, Kavus Torabi, Maxwell, The Orb, The Shamen and the birds outside the window.

Gosh – too many to list really. For music the ‘Soup Songs’ project which played the songs of Robert Wyatt is ‘up there’. So much range as a band and I particularly love Janette Mason’s piano playing.

For pure performance, Peaches last year at the Royal Festival Hall was incredible; a big, playful, ensemble show. Meanwhile, almost literally in a world of their own are Magma who have to be seen to be believed. Carl Orff meets John Coltrane – oh, and they sing in their own invented language!

I haven’t really got into livestream concerts though I have been enjoying Mr C’s live stream. He always plays such interesting house music, shot through with invention, depth and groove.

My personal recipe is a combination of routine (whether practically or in psychic intention), raising energy by dancing even when alone, collaboration with other musicians and artists, experiencing nature and regular walking.

Yes – just a bit! I have just finished mixing our long-awaited album ‘The Other Place’ with Lee Fletcher which will be released in the new year. Meanwhile, our single, ‘Cogs’, will be released on November 6th by Bad Elephant Music.

Lockdown saw the start of a new project, The Temple of Shibboleth, with long-time collaborator, flautist and co-writer Viv Goodwin-Darke. We are currently sharing a house together and have just started rehearsals at a local stately home’s wonderful seventeenth century music room.

I’ve also been working at a distance with trumpeter Rowan Porteous in our eco soul jazz-hop project, The Other Way and continue my bass duties with Kate Westbrook’s Granite Band’s new recording, ‘Says The Duke’, which was kindly funded by none other than Jazz South!

I’ll be continuing to write and record. When gigging is possible again, I’d love to put on an event which combines art, jazz, rave and circus…

To hear more from Billie, check out her bandcamp page and website.