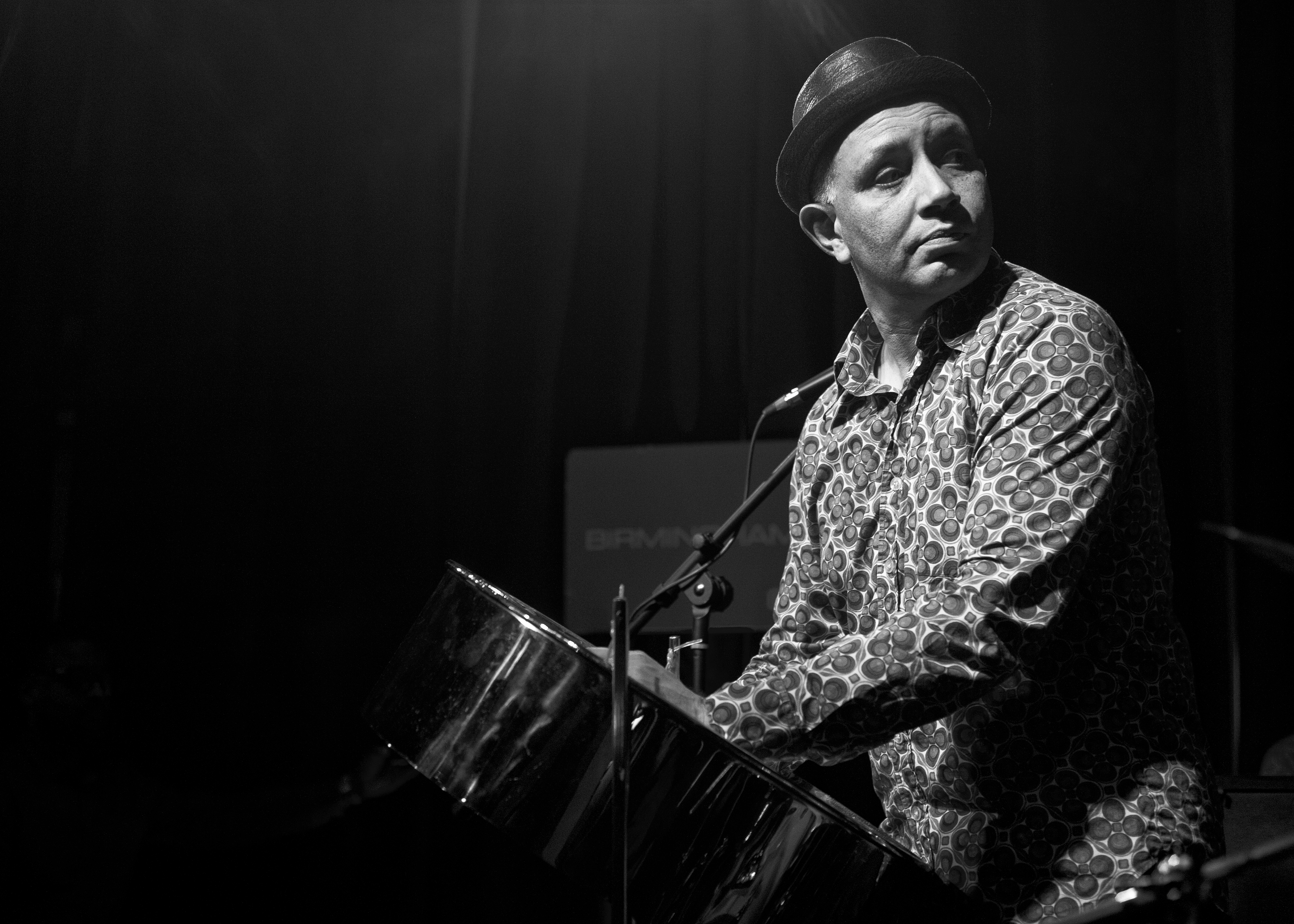 Sophie Wales catches up with Mark Cherrie, musician and frontman of steel pan led jazz quartet: The Mark Cherrie Quartet, based in Brighton.

My father came over to the UK from the island of Trinidad in 1957. He bought a house in Earl’s Court and rented several of the rooms out. One of his tenants was unable to pay his rent one month and my father took several of his vinyl albums as payment. These were: Miles Davis ‘Round Midnight’, Ahmed Jamal ‘Jamal at the Penthouse’ and Lou Donaldson, ‘Now’s The Time’. I remember playing these maybe when I was about six or seven, and not understanding a single note! It was some years later before I returned to them and enjoyed listening to them.

There are so many great songs in the jazz canon to choose from that it’s difficult to select just one. But if I had to pick one, it could well be Thelonius Monk’s ‘Round Midnight’. This tune has everything for me. A great, really memorable melody and an interesting chord sequence. The sheer number of times this tune has been covered, lays testament to how good it is and how highly considered it is in the jazz world.

Lately I have found myself listening to a lot of older recordings, for some reason. Maybe this is a result of living through the lockdown and rediscovering old albums. But I put on my vinyl copy of Weather Report’s ‘Black Market’ recently and it sounded just as fresh to me today as the day I bought it, way back in 1976. It is such an exciting album. The rhythms are propulsive, the tunes are memorable, great analogue keyboard sounds and of course Jaco’s playing is off the hook good.

I’ve been lucky enough to have seen so many great gigs but to pick one, Fourth World at Ronnie Scott’s was really special. I remember the smell of incense in the room and the night was magical. It was one of those gigs where you felt that you were in the presence of alchemy being created on stage. Of course watching Airto playing is always a very special experience.

I must confess that I haven’t been paying much attention to any of the lockdown livestreams really but Liane Carroll’s I’m sure would be worth watching.

I think that we all need to embrace the new technologies that are available to us, which would mean using social media effectively and of course live streaming. The challenge is to monetise this, but I suspect that it is difficult to make this pay enough to replace what would have been a gig fee. But at least it manages to keep the audience engaged, particularly with the use of social media. Personally, I am hoping that this doesn’t become the new normal in the long term because it would make playing music in order to make a living, even harder than it already was!

My band’s debut album, ‘Joining the Dots‘, came out in 2016 and we did really well with it. We managed to attract funding for a small UK tour and we had a lot of very positive press reviews. I have started writing material for our second album, which I am hoping that we will get the opportunity to record in 2021. It will be quite a different beast to the first one, so watch this space!

My focus is to finish the writing for our second album. I’m looking to further explore the textural possibilities offered by our quite unique line-up and showcase the individual talents of all the individual band members. I would also make sure this time that I allowed more time to organise PR for the launch of the album.