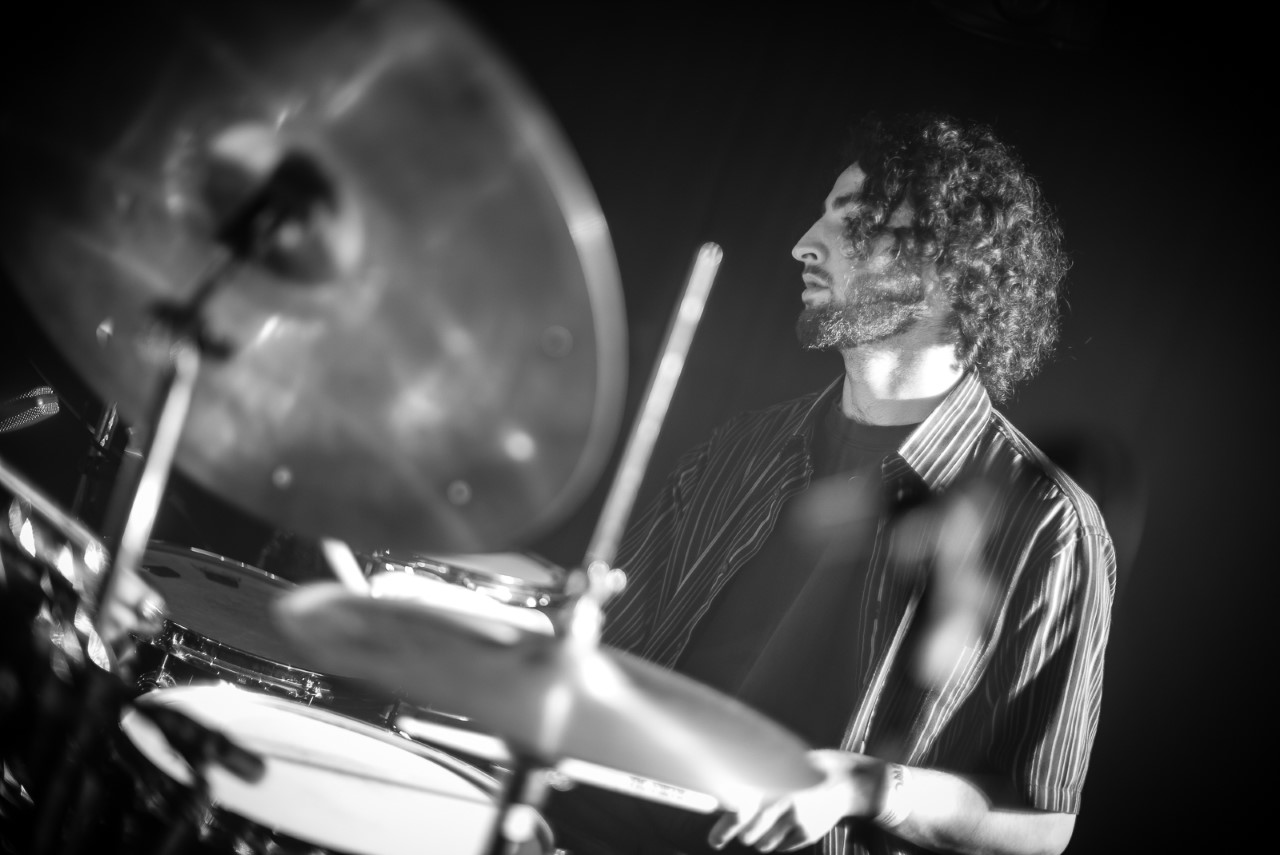 Sophie Wales catches up with Nadav Schneerson, drummer and founder of Yadasofi, a jazz ensemble based in Brighton.

We’ve been checking-in with Jazz artists and musicians throughout the South to see how their lockdown experience has been.

I was probably about 15. My older brother was really into jazz at the time and had some CDs (including Sonny Rollins ‘Saxophone Colossus’, Horace Silver ‘The Tokyo Blues’, Cannonball Adderley ‘Somethin’ Else’, Wynton Kelly Trio and Wes Montgomery ‘Smokin’ at the Half Note’, Kenny Burrel ‘Midnight Blue’, Charlie Parker ‘Charlie Parker with Strings’). I put them onto my iPod classic and got into it! I still listen to the albums to this day and they’ve massively influenced me; I know some of them off by heart now. I began jazz drumming lessons when I was 16 and I started to understand the genre a little more; this was the game changer for me.

Ooh that’s a hard one. I can never pick just one song! If it was an older Jazz tune it would have to be Thelonious Monk ‘Ruby, My Dear’, or Oliver Nelson ‘Stolen Moments’. A more modern track would have to be ‘Hamina’ by Omer Avital, or in fact any of his tracks. There’s many more…

I’ve been listening to a lot of Itamar Borochov, Yemen Blues, and Moroccan Gnawa music over the past weeks. Innov Gnawa and Simo Lagnawi are good groups to start with! Clark Terry and plenty more Middle Eastern music!

Probably Omer Avital Qantar at Pizza Express in Soho. He’s been a great influence to me for a while so it was really amazing to finally see him live. I was swinging in my seat and grinning for the whole set non-stop.

Yes! Yemen Blues streamed a live gig which is on their Facebook! I felt like I was really at a show, it was really well recorded and had me jumping out my seat dancing.

Honestly, we all move at a different pace. I’ve been using this time to reflect on myself. I would say take your time and don’t let the pressure make you feel bad if you’re not being as productive. I think it’s challenging to find inspiration right now. This isn’t a competition, so it’s important to sit back and reflect on what you really want. If your expression is to share your progress online then that’s brilliant! But as I, and many others are, allow yourself to rest. Do what you can and make a plan for what you want long term.

At the beginning I finished a tune I was writing for a while. It’s probably my favourite tune I’ve composed so far. We’ve started making a remote video, which is getting there. I’ve felt a little unmotivated during this period, but hopefully it’ll be over soon!

Check out Yadasofi’s bandcamp page to hear their music for yourself.

Our next ‘Catching Up With…’ is with Abi Flynn, and will be posted on 22nd July. Follow the series on our social media and hear about it directly when you sign up to our mailing list.