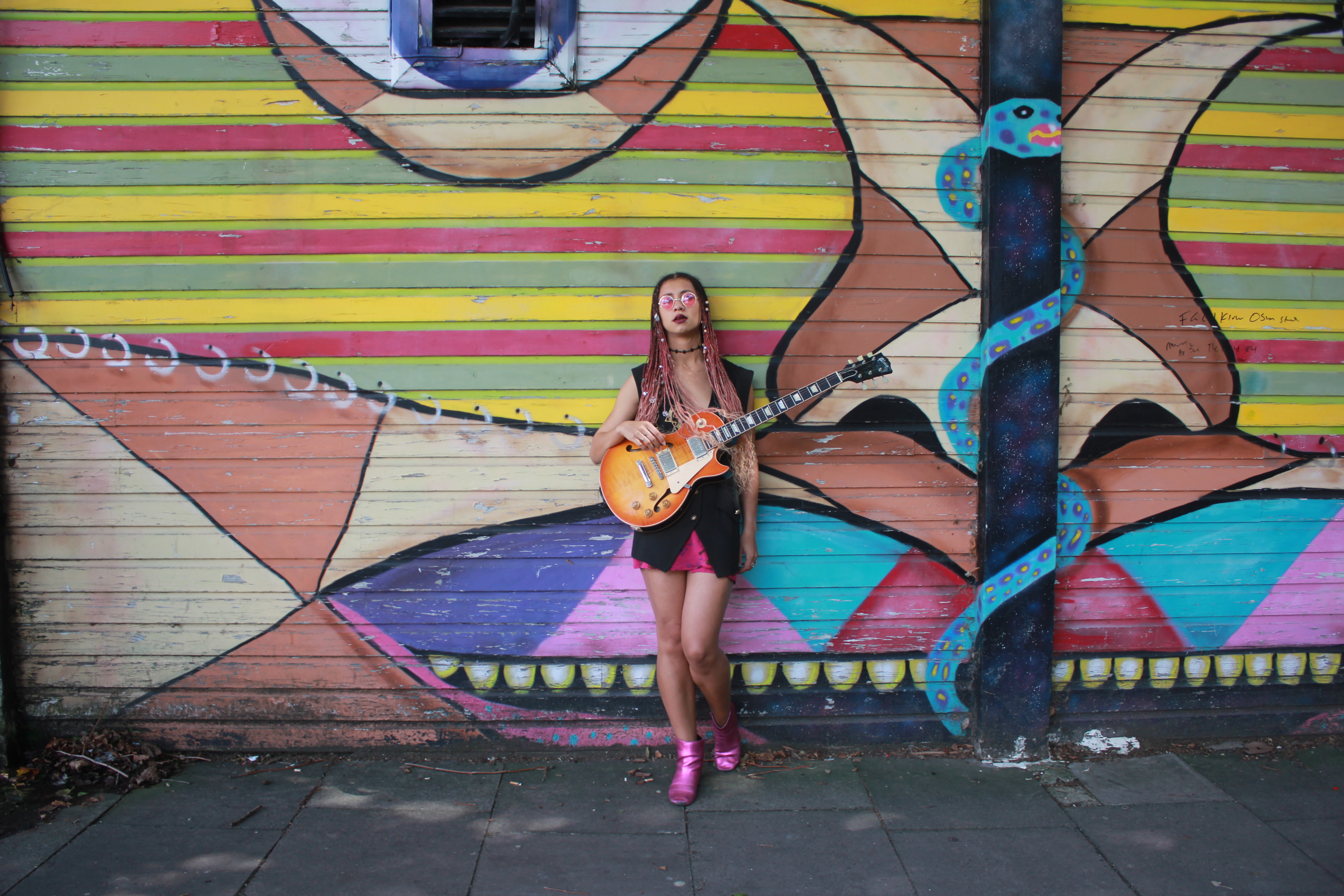 Sophie Wales catches up with guitarist, producer, and singer-songwriter Jelly Cleaver, who is now based in London, but grew up in Southampton.

Welcome to our new series in which we are checking-in with jazz artists and musicians throughout the South to see how their lockdown experience has been.

When I was a teenager, about 13/14, I used to shop in charity shops and I’d always get CDs from there. I’d spend ages going through all the racks, just looking at the liner notes. They mostly had out of date cheesy pop and some old rock and folk classics (my thing at the time), but once I found Ella Fitzgerald, Billie Holiday, Sarah Vaughn, and Nina Simone it was game over.

I think ‘Move on Up’ by Curtis Mayfield is an impossibly good piece of music. It’s an absolute floor-filler half a century after it was written, and the message still resonates.

Dexter Gordon is my new idol. I love the sound of his voice. I always listen to a lot of John Coltrane, he puts me in a good place. I’m obsessed with the new Cleo Sol album ‘Rose in the Dark’. Chloe X Halle has been on repeat. So has Mariah Carrey.

Oh, that’s a hard one! If I really think about it, it would probably be some wild underground jam with only about 30 people there. I’d probably have to say it was my album [The Dream Jazz Manifesto] launch actually . Even though I’d come down a few days before with what I think was glandular fever, and I was struggling to speak audibly, I still had an amazing time and me and most of the audience went to my house afterwards for birthday cake. I think the police were called.

I haven’t been looking out for livestreams much, but me and my housemates watched an amazing one by Laura Marling at Union Chapel. That was really special.

It’s a tough time! I haven’t actually felt very creative, which is a shame because it’s rare to have this much spare time as a musician! I’ve been using lockdown to think more about what purpose I want to make music for when we’re back to live concerts and gigs. I’ve found it really useful to focus on practising basics, learning standards, and going over music theory. Not exactly thrilling. But I’d say to everyone, use this time for what you feel you are able to do. Some might go hard on the admin, some might be gripped by creativity and be composing some of their best work, some might use the time to focus on their physical and mental health. All are useful. You do you!

Like I said I haven’t been able to write anything since lockdown, I think some part of me is still processing everything. But I’ve used the time to gather all the tunes I’d already written into different projects and begin to arrange and score them so I can hit the studio running when it finally opens up. I’ve also been polishing up a few tracks I was producing, getting the final mixes ready. So, hopefully, there should be more music coming from me relatively soon!

Jelly’s latest single ‘In Dreams’ was released on the 5th June. You can listen to more of her music here.

Our next ‘Catching Up With…’ features Nadav Schneerson of Yadasofi, and will be posted on the 15th July. Follow the series on our social media and hear about it directly when you sign up to our mailing list.