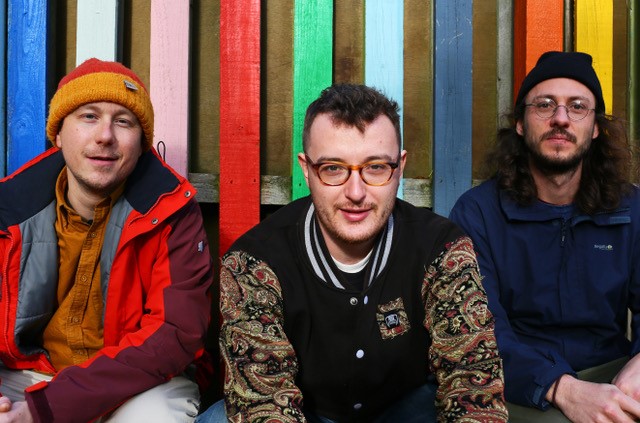 In these challenging times we need music more than ever. While live gigs are cancelled we want to shine a spotlight on the jazz community in the South. We’ve been in contact with artists, venues, and promoters to ask them for their listening recommendations.

One of the most effortlessly cool Trumpet players for me. The swinging side to the sound of the 60’s explosion. You had the rock, the hippies, and more esoteric stuff, but this music immediately casts you to a big wide open bar/restaurant on Leicester Square or downtown Manhattan. Bowler hats, waiters in waistcoats and long aprons, Gimlets and Martini’s flying across the bar. Plus a dancefloor for sure! The rhythmic clock zips along thanks to the two Ray’s – Appleton on drums and the legend, Baretto on percussion (who features on the first three tracks), all bouncy and light of touch but also, when needed, with much aplomb. Bob Cunningham on the Bass has the deft touch, a player of great calibre to round off the rhythm section. He wrote the closing track ‘Echoes of Blue’ which serves as a nice contrasting tonic, full of menace and mystery at the end. The album holds the original version of the standard ‘Little Sunflower’ with some gorgeous fluttering Flute playing from James Spaulding (also on Alto Sax). Albert Dailey the pianist who played with Art Blakey, Gary Bartz and Stan Getz is all over this record just as much as Hubbard. And the sleeve. It’s all so classic. In a good way.

A modern one here. I think of all the new jazz records that have caught my ear over the last 3/4 years, this one has the most intoxicating mix of flavours. Every song is a new groove and contains layer upon layer or intertwining keys and rhythms, guest soloists/vocalists and just enough of that London attitude, but not too much that it gets in the way of the positive energy exuding from Joe’s melodic compositions. Joe’s playing on this record is just nuts. His brain allows his hands to places that are not conceivable for most keys players, and the smoke hazed floaty edge to his compositions make for great headphone and chill time listening. The opener is a proper banger and that horn line on ‘Ragify’ is so catchy and memorable – instant classic in my eyes.

The American avant-garde trombonist’s first solo offering was recorded when he was just 26 years old, a vast and diverse record, covering everything from bop, post-bop, and free jazz. The musicians switch up styles effortlessly throughout the record and within tracks themselves. Featuring some incredible solos from trumpeter, Lee Morgan, and backing from percussionist Bobby Hutcherson on one of my favourite instruments, the vibraphone! I feel this album really sums up the creativity of musicians producing work in the post-bop era. My favourite number has to be the title track, ‘Evolution’, with its relentlessly building tension and atmosphere, the mood that this piece creates really envelops the listener. I particularly enjoy the part where it drops down to just bass, vibes and drums. Mad.

Being a huge Hermeto fan, I knew one of his albums would have to make this list. In the end I settled on this one, one of his 80s style fusion albums. With Hermeto’s signature Northeast Brazilian inspired melodies and rhythms, virtuoso soloing and grandiose, soundtrack-esque orchestrations, this can be only be produced by him! What solidified this one of my suggestions is his sampling of football commentators, expanding each recording with a chord sequence and arrangement to fit the melody of the speech, something which YouTube only just seems to have caught up with in the late 2010’s!!!! A true master always ahead of the curve…

Absolute classic jazz-fusion album centred around the phenomenal Panamanian drummer, Billy Cobham, and Moog wizard, Jan Hammer. This album completely changed my conception of jazz as a teenager and lead me to really dive into the diverse sound worlds that jazz inhabits. It’s really hard to pick a highlight from this album because it is jam-packed with amazing moments. From the jazz-funk standard ‘Red Baron’ to the moment where Tommy Bolin breaks a string mid solo in ‘Taurian Matador’ (around 1:46) and keeps going, to the heavy bassline laid down by Leland Sklar on ‘Stratus’ which was later sampled by Massive Attack as the basis of the classic ‘Safe from Harm’. If you haven’t checked this one out yet, get it on now!

This was another record that completely knocked me sideways and showed me just how elastic the term jazz can be. A deep Haitian record that combines jazz sensibilities with a respect for and understanding of Haiti’s amazing musical heritage. Touches of Kompa, Rara, and influences of Vodou percussion meld seamlessly with smooth, heart-wrenching vocals and heady sax solos to produce a spiritual-jazz album that tugs at the heartstrings and moves the feet in equal measure. If you haven’t discovered some of the amazing francophone jazz that came out of the Caribbean in the ’70s and ’80s, this is a great place to start. The excellent re-press by the good people at Superfly Records makes it easier than ever to get hold of it.

Our next Stay at Home Soundtrack will be by vocalist Emilia Martensson, and published on Wednesday 3 June. Follow the series on our social media and hear about it directly when you sign up to our mailing list.

It's time for another Stay at Home Soundtrack! Th

Are you an artist, promoter, or venue? We want to

For our next Stay at Home Soundtrack, Trish Brown

We are inviting promoters, managers, producers, an

Check out our new Lockdown Playlist! This time we

Are you an individual artist, creative freelancer

Check out our first lockdown playlist and explore

Here's a round- up of resources & support for anyo