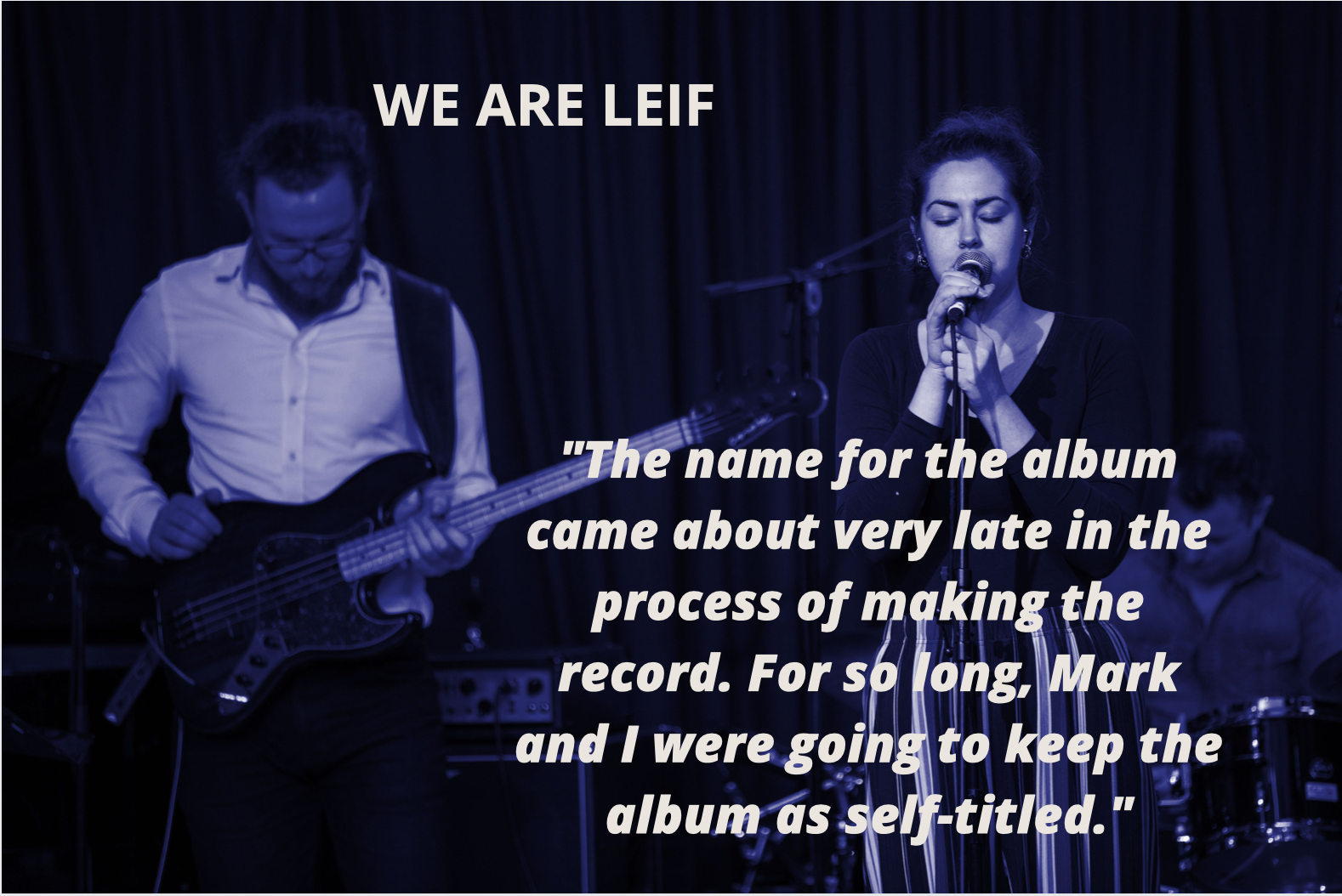 Jazz South interns Sophie Wales and Megija Petinena spoke to drummer Mark Whitlam and vocalist Louise Victoria from We Are Leif to ask about their first album ‘Breathe’ and their favourite touring moments.

As a young band crafting your sound and style, can you tell us about your influences and how you approached your first album Breathe? What is the meaning behind the name?

Mark: Lu and I met randomly on a gig and realised we had similar musical influences with regards to writing, which really became the prime motivation for forming the band. I feel our harmonic influences come from jazz and soul crossover artists, such as Norwegian band Rohey, Hiatus Kaiyote and Robert Glasper. Melodically, Lu brings to the table our shared love of singers like Gretchen Parlato and Becca Stevens. Often Lu tends to create a top line (melody) over a chord progression I may have started and we go from there together. A couple of the songs on that album differ in that Lu or I may have come with a fairly complete idea, but usually it’s a case of sewing the musical patchwork quilt together between us in one room.

Louise: The name for the album came about very late in the process of making the record. For so long, Mark and I were going to keep the album as self-titled, but after designing the album art with Bristol artists Brook Tate and Holyseus Fly, it felt like it needed a name – I called Mark one night having thought of ‘Breathe’ on a car journey home and we both liked it. For me, it felt like we’d spent a lot of time in the process of making the album, so it was important to remember to stay present, and ‘Breathe’ feels like a nod to that.

What is your favourite part about touring as a band, and do you have any stand-out moments from your album tour last spring?

Louise: One of my favourite bits of touring with the guys is all the funny little stories that arise along the way. For example, on the ‘Breathe’ Spring Tour, Chris & I found Dale’s deadpan observations of everyday events so funny, we started a Twitter account to post them. Spending time like that together is really precious, especially because they’re all my best mates.

Mark: We were really fortunate to play some lovely venues, and a couple which I’ve never been to on tours before. For me, and the others from what I’ve gathered, the gigs in Windsor at the Firestation Arts Centre and The Northern Quarter in Huddersfield were highlights. Curiously, they couldn’t have been more different and the approach we took them, but both had really vibrant energies in their different ways. The epic drive to Huddersfield from Bristol was less of a highlight though!

What can we expect from your up-and-coming second studio album?

Louise: Mark and I feel like we’ve gotten into the groove of song-writing and arranging for this album, definitely with a more conceptual vibe from the get-go. Various personal events have led it to being quite an emotionally restorative record too.

Mark: I wholeheartedly agree with Lu on this. The first album thankfully hangs together as a number of pieces we were exploring writing together. This forthcoming album has a clear voice and concept from start to finish. That’s clear in the writing, which is more focused and lyric-orientated through to the production, which clearly has echoes of the Bristol sound from downtempo bands whilst retaining a contemporary jazz-influenced vibe.

You can find more information and music on our website